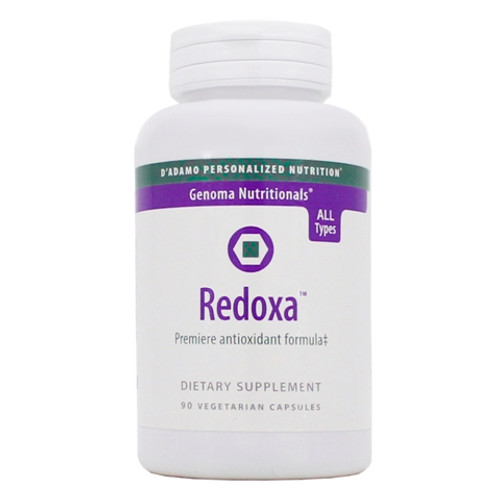 SKU:
DD0060
UPC:
858394000461
Condition:
New
Availability:
In Stock
Disclaimer:
These statements have not been evaluated by the Food and Drug Administration. This product is not intended to diagnose, treat, cure, or prevent any disease.

Glutathione is the most important antioxidant produced by our cells. It directly neutralizes free radicals and helps to maintain proper levels of dietary antioxidants such as vitamins C and E in their active forms. Low levels impact detoxification, energy and genetic health.

Nutritionists and doctors often describe glutathione as the bodys metabolic currency, acting in a similar way to how money facilitates interactions in a healthy economy.
Redoxa is a blend of botanicals and the potent antioxidant and the chelating amino acid, N-acetyl cysteine (NAC). NAC is the better-absorbed form of L-cysteine, which helps to maintain healthy levels of the livers natural detoxifier, and a precursor of one of the bodys primary protective agents, glutathione.

Together, NAC and glutathione are powerful nutrients involved in the bodys normal processes of detoxification.