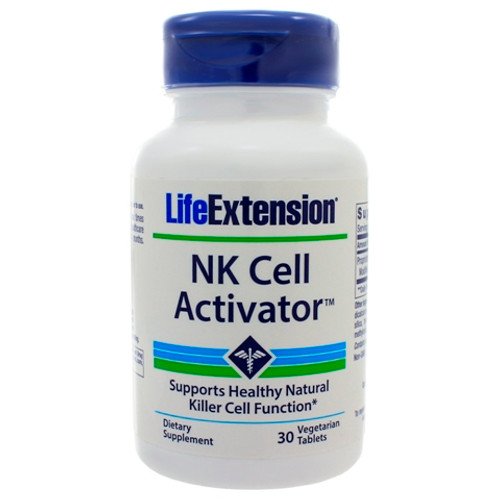 SKU:
LX0207
UPC:
737870190332
Condition:
New
Availability:
In Stock
Disclaimer:
These statements have not been evaluated by the Food and Drug Administration. This product is not intended to diagnose, treat, cure, or prevent any disease.

Benefits at a Glance

Natural killer (NK) cells function as the body’s first responders.1 As soon as NK cells sense a potential invasion, they are on the scene to initiate immune protection. Natural killer cells promote seasonal support for the body’s natural defense system.

In one clinical study, scientists documented a three-fold increase of natural killer cell activity in healthy individuals within three to four weeks of receiving 500 mg daily of the rice bran compound found in NK Cell Activator™.4

In another double-blind, randomized, placebo-controlled study, researchers noted that subjects taking the modified rice bran found in NK Cell Activator™ experienced a boost in myeloid dendritic cells — cells that act as key messengers between the innate and the adaptive immune systems.5