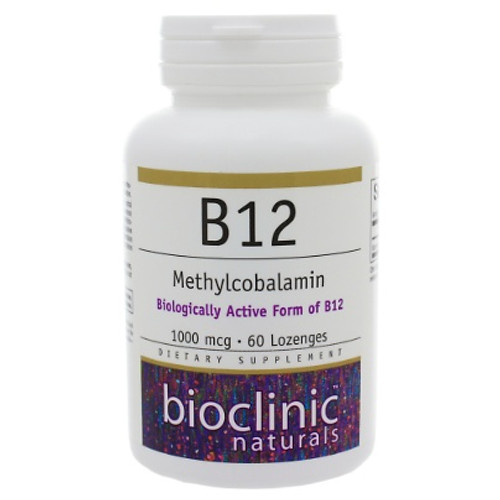 SKU:
BS0037
UPC:
629022094202
Condition:
New
Availability:
In Stock
Disclaimer:
These statements have not been evaluated by the Food and Drug Administration. This product is not intended to diagnose, treat, cure, or prevent any disease.

Vitamin B12 is the cofactor in enzymatic reactions with diverse physiological functions. It is required for the conversion of methylmalonyl CoA to succinyl CoA, as well as the conversion of homocysteine to methionine by methionine synthase, which is then converted into S-adenosylmethionine. A B12 deficiency causes impairments in both of these pathways, disrupting neurological function, including poor formation of myelin nerve sheaths, production of toxic levels of homocysteine, and inefficient energy production in all cells.

Cobalamin is also required to remove the methyl group from methyltetrahydrofolate and generate tetrahydrofolate, a necessary step in DNA synthesis. As a consequence, B12 deficiency affects the growth, function, and repair of all cells, the most apparent sign of which is megaloblastic anemia, caused by inhibited mitosis of red blood cells.

Benefits
Superior to the more common form, cyanocobalamin as cyanocobalamin does not convert to enough methylcobalamin to correct some forms of anemia, neurological defects, and aging
Methylcobalamin is the active form of vitamin B12 for maximum benefit
Lozenges allow for fast acting delivery system directly into blood stream
Lowers homocystein levels for protective cardiovascular benefits