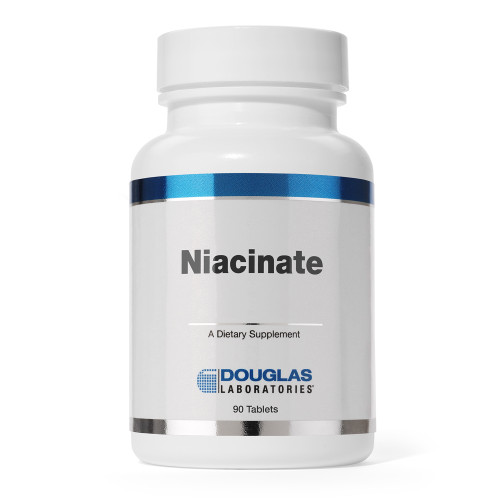 SKU:
AM0025
UPC:
745287020128
Condition:
New
Availability:
In Stock
Maximum Purchase:
2 units
Disclaimer:
These statements have not been evaluated by the Food and Drug Administration. This product is not intended to diagnose, treat, cure, or prevent any disease.

The niacin coenzymes NAD and NADP have pervasive roles in energy-related and biosynthetic metabolic processes. At least 200 enzymes depend on these niacin cofactors. The NAD-dependent enzymes are involved in mostly catabolic, oxidative reactions that release energy from carbohydrate, fat, and protein, whereas the NADP-dependent enzymes more commonly function in biosynthesis of such compounds as fatty acids and steroid hormones.

Independent of its functions as NAD or NADP, niacin is also involved in the regulation of normal blood lipoprotein and cholesterol levels, and the maintenance of normal vascular tone.

Because the liver has a limited capacity to metabolize niacin, high doses of regular, crystalline niacin are often not well tolerated, causing vasodilatory side effects known as skin-flushing and itching. For maximum benefit and fewer side effects, Niacinate releases its niacin over a longer time frame than crystalline niacin.

INDICATIONS Niacinate tablets may be a useful nutritional adjunct for individuals who wish to increase their intake of niacin without the uncomfortable side effects of skin flushing.