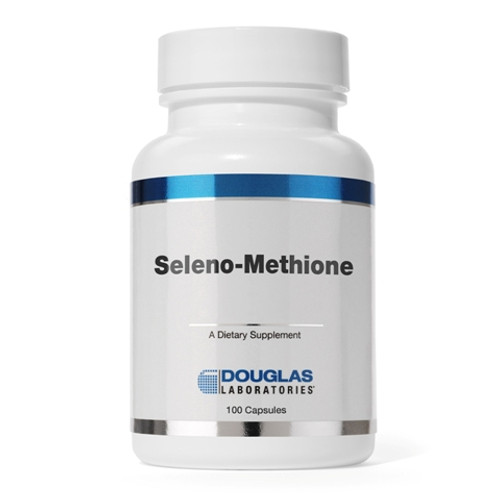 SKU:
DL0704
UPC:
Condition:
New
Availability:
In Stock
Maximum Purchase:
2 units
Disclaimer:
These statements have not been evaluated by the Food and Drug Administration. This product is not intended to diagnose, treat, cure, or prevent any disease.

FUNCTIONS Selenomethionine is an amino acid containing selenium. Selenium is a nutritionally essential trace element for humans and animals. The National Research Council’s Recommended Dietary Allowance for selenium in adults ranges from 55 to 75 mcg per day depending on age and gender. In American adults, intakes typically range from 80 to165 mcg/d. Selenium is a cofactor to about 10 selenoproteins in the body; the most important of these appears to be glutathione peroxidase (GPX). GPX uses glutathione to reduce hydrogen peroxide and thus protect cells and plasma against free radical injury. GPX activity depends on an adequate supply of dietary selenium. Recently, selenium as selenocysteine has been identified in the active center of type 1 and 3 iodothyronine deiodinases, two important enzymes regulating the formation and degradation of the active thyroid hormone, triiodothyronine (T3). Another important selenoprotein appears to be selenoprotein P, but its functions remain unclear. Selenium and vitamin E appear to have synergistic effects, since some signs of vitamin E deficiency in animals can be alleviated by dietary selenium. Dietary selenium is generally well absorbed and utilized in the body. The richest food sources of selenium are seafood and organ meats, followed by muscle meats, cereals and grains, and dairy products. Fruits and vegetables are typically low in selenium, and low selenium status has been reported in vegetarians.

INDICATIONS Seleno-Methionine may be a useful dietary adjunct for individuals wishing to supplement with this important trace mineral.