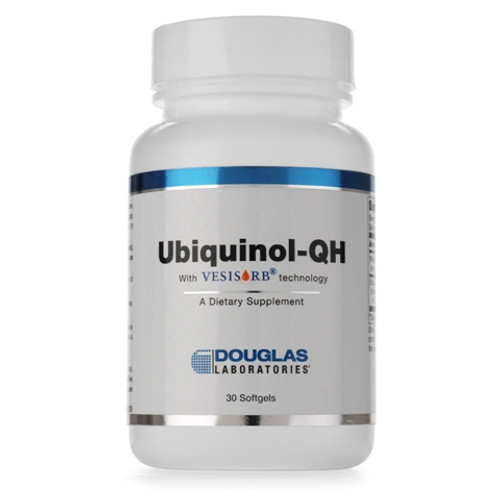 SKU:
DL0663
UPC:
310539039403
Condition:
New
Availability:
In Stock
Maximum Purchase:
2 units
Disclaimer:
These statements have not been evaluated by the Food and Drug Administration. This product is not intended to diagnose, treat, cure, or prevent any disease.

Our Ubiquinol-QH is unique among other ubiquinol products as it utilizes the patented VESIsorb technology to deliver ubiquinol. When mixed with an aqueous system, this patented technology results in the formation of a nano-colloid containing solubilized ubiquinol. This association colloid delivery system contains a highly uniform distribution of droplets that are less than 100 nm in diameter. The size and structure of these droplets allow for enhanced solubility and absorption of ubiquinol. Figure 1 represents the structure of a nano-colloid droplet which consists of a monolayer with the ubiquinol contained within the core. The formation of the colloidal system upon contact with an aqueous environment (such as the lumen of the intestine) enables the solubilized ubiquinol to more easily diffuse across the unstirred water layer that is present between the enterocyte and the lumen of the intestine (Figure 2). One can demonstrate the enhanced solubility of the ubiquinol contained in Ubiquinol-QH by placing a capsule in warm water. Once the capsule opens, the contents can be easily mixed with the water, resulting in the formation of the association colloid. There is no separation of oil and water phases as is typical with more traditional delivery systems.

INDICATIONS Ubiquinol-QH may be a useful dietary supplement for individuals wishing to support cardiovascular function.