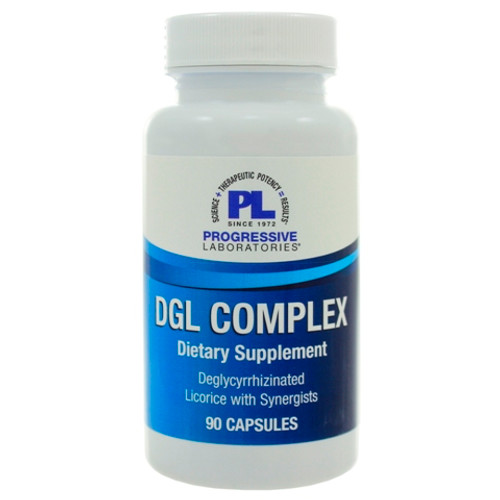 SKU:
PL0103
UPC:
351821004389
Condition:
New
Availability:
In Stock
Disclaimer:
These statements have not been evaluated by the Food and Drug Administration. This product is not intended to diagnose, treat, cure, or prevent any disease.

Deglycyrrhizinated Licorice - Licorice has been used for many years as an excellent botanical medicine for treating peptic ulcers. Instead of inhibiting the release of acid as conventional medical treatments do, licorice stimulates normal defense mechanisms that prevent ulcer formation. Glycyrrhetinic acid from licorice and its derivative, carbenoxolone, has been used successfully in treating duodenal and gastric ulcers; however, these substances have other properties that are undesirable in ulcer treatment. When the glycyrrhetinic acid is removed from licorice, a safe, effective preparation (deglycyrrhizinated licorice) for the treatment of ulcers results. Licorice extract has been shown to 1) Enhance the quality of mucus excreted, 2) Increase the life span of surface epithelial cells, 3) Increase the number of cells in the mucosal membrane.

NAG (N-Acetyl Glucosamine) increases tissue-building properties. NAG belongs to a class of compounds called amino sugars that are an integral part of cell membranes and the interstitial tissue, which holds cells together. Amino sugars and the proteoglycan structures they build are especially important in the intestine because they form the protective mucous layer and cellular cement that regulate intestinal permeability.

Gamma Oryzanol, an extract of rice bran oil, is listed in the Merck Index as an anti-ulcerative agent. It is effective in treating a broad range of gastrointestinal disorders including stress-induced gastric and duodenal ulcers.
</S