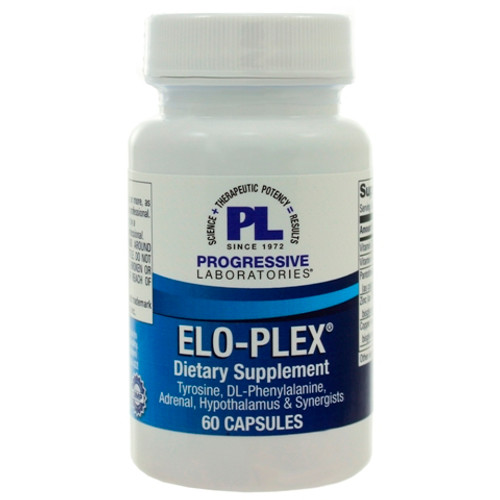 SKU:
PL0114
UPC:
351821004228
Condition:
New
Availability:
In Stock
Disclaimer:
These statements have not been evaluated by the Food and Drug Administration. This product is not intended to diagnose, treat, cure, or prevent any disease.

The nutrients in Elo-plex are important for the normal body protection of adrenal cortex hormones (corticosteroids), adrenal medulla hormones (adrenalin and noradrenalin) and brain synthesis of catecholamine.

Tyrosine: Wurtman & Associates from the Department of Nutrition and Food Science, MIT, have established that tyrosine can accelerate catecholamine synthesis, i.e. adrenalin and noradrenalin in the human sympathoadrenal system, due to enhanced saturation of the enzyme, tyrosine hydroxylase when supplementing with tyrosine.

Specifically they:
1. Increase the release of glucose into the blood, if the body lacks this normal function the result is prolonged states of low blood sugar with low functioning states physically, mentally, and emotionally.
2. Alleviate abnormal low blood pressure.