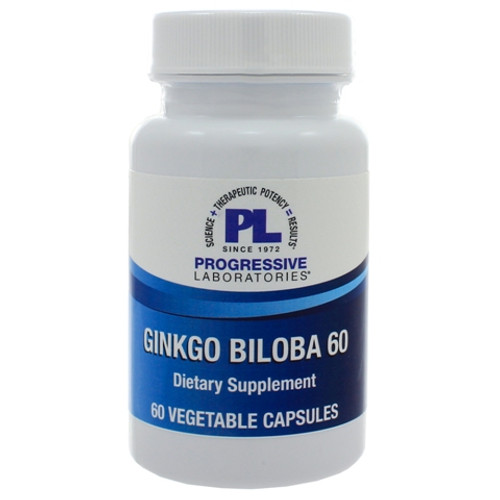 SKU:
PL0128
UPC:
351821004242
Condition:
New
Availability:
In Stock
Disclaimer:
These statements have not been evaluated by the Food and Drug Administration. This product is not intended to diagnose, treat, cure, or prevent any disease.

This Ginkgo Leaf Extract is standardized to contain 24% ginkgoflavonglycosides and 6% terpene lactones. Ginkgo Biloba Extract has demonstrated remarkable effect on various parts of the circulatory and nervous systems including 1) Enhanced energy, 2) Increased cellular glucose intake, 3) Inhibition of platelet aggregation, 4) Increased cerebral and peripheral circulation 5) Improved transmission of nerve signals, 6) Free radical scavenging activity. Ginkgo has been shown to improve cerebral and peripheral vascular insufficiency and to increase the rate at which information is transmitted at the nerve cell level to improve mental performance. The therapeutic action is due to its high content of terpenes, flavonoids, Proanthocyanidins and a collection of unusual polycyclic structures known as Ginkgo heteroclites (also called Ginkgo flavones glycosides or ginkgo ides).