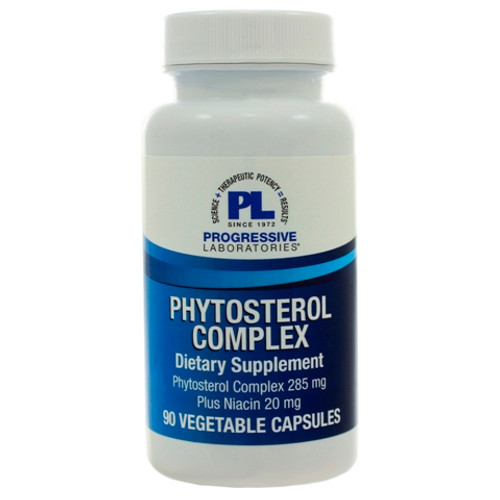 SKU:
PL0186
UPC:
351821008646
Condition:
New
Availability:
In Stock
Disclaimer:
These statements have not been evaluated by the Food and Drug Administration. This product is not intended to diagnose, treat, cure, or prevent any disease.

Phytosterol Complex, by Progressive Labs, is available in a 90 Capsule form.

Phytosterols have been shown to work in two ways to lower serum cholesterol levels: 1) By reducing the absorption of dietary cholesterol into circulation and 2) By preventing resorption of recirculating cholesterol that is a normal constituent of bile in the intestines. The exact mechanism by which phytosterols inhibit cholesterol absorption is unclear; however, there is much evidence to indicate that the plant sterols combine with cholesterol to form inseparable crystals which are not absorbable. Oral intake of phytosterols does not interfere with health or the absorption or metabolism of foodstuff other than cholesterol.

Niacin is added to the formula for its ability to expand the blood vessels so that cholesterol plaque is put into circulation to be eliminated.